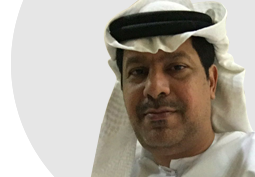 Captain Mohamed Ahmed  M. Al Hashidi has a distinguished career in the airline industry covering 25 years.  He started as a Meteorologist and developed his career into a Captain of the A380 Airbus in what is, arguably, the world’s best airline – Emirates Airlines. These years of experience include, but are not limited to, weather forecasting, risk assessment and management of day to day operations on challenging international routes, handling dangerous cargo, diversions, managing flight problems and incidents, and communicating with different aviation and technical authorities across the world. The highlights of his career include: