Presently settled down in London, in semi-retirement, His Excellency Mr Bakary Dabo is a statesman of Gambian origin. He is a trained barrister who has had a long career, working in his country as senior state administration executive, banker, diplomat and political leader before turning an international civil servant and, latterly, an independent consultant. Over a period that spanned some 40 years, Mr Dabo first worked essentially in public sector management at very senior levels; he worked as a technocrat before serving successively as ambassador, state Minister, and 10 years as Vice President of the Republic of The Gambia. From that point, he moved on to join the service of the United Nations in the position of Senior Political Advisor, for ten years he handled senior responsibilities and functions of diplomatic, representational as well as negotiation and mediation nature. Following his retirement from the UN in 2009, he took on consultancy assignments in the fields of public policy, governance and conflict resolution.

His work, which took him to most parts of the world and afforded him the opportunity to sit on major regional and international policy-making councils, earned him a sound understanding of contemporary political, economic and development issues and challenges, especially as they arise within third world contexts.

This distinguished career, together with accumulated experience and demonstrated leadership qualities, was underpinned by broad-based education (liberal arts, law, economics) and professional training (international relations, economic policy, finance and banking). After earning his Bachelor’s degree in Modern Languages from the University of Ibadan, Nigeria, Mr Dabo underwent polyvalent professional training, successfully completing courses in fields as varied as International Relations, Law, Economics, Finance and Banking. He earned his law qualifications in the UK, with a post-graduate diploma from Nottingham University and admission, at the Lincoln’s Inn, to the Bar of England and Wales, following successful completion of the Bar Vocational Course set by the Inns of Court in London. 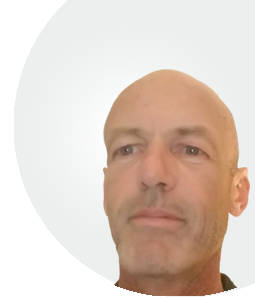 Dr. Alexis de Roquefeuil is President of Citizen Planet, Belgium (France, and Tunis, Tunisia). Before this, he was the Lead Knowledge and Capacity Specialist (African Development Institute) and Manager, Knowledge and Information Division of the African Development Bank (AfDB) in Tunis. Dr. de Roquefeuil has a total of about 30 years’ experience working for the French Ministry of Education and international institutions, such as the European Union, United Nations Development Programme (UNDP) and the World Bank.

During this period, he worked in Asia, Europe, Latin America and the Caribbean. He has a first degree in Philosophy and a Master’s degree in International Relations from the Sorbonne(I), Paris, France; a Master’s degree in Political Sciences, Public Administration and International Economics from Sciences-Po in Paris; and a Ph.D in International and Development Economics from the Sorbonne (I). His Ph.D dissertation was supervised by Professor Raymond Barre, former Prime Minister of France. He is fluent in French, English and Spanish and moderate in Portuguese. 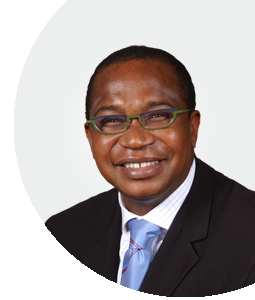 Dr. Mthuli Ncube is Professor of Public Policy at Oxford University, UK, and Founder of the Global Centre for Finance and Growth in Oxford. Before this, he was the Vice President and Chief Economist of the African Development Bank (AfDB). Just before joining the Bank, he was the Dean of the Faculty of Commerce Law and Management and also Dean and Professor of Finance at Wits Business School, all at University of Witwatersrand, in South Africa. He led Wits Business School to the 45th place in the global ranking of Business Schools by the UK Financial Times survey (2007).

Previously, he had been a Lecturer in Finance at the London School of Economics (LSE) and Research Associate of the Centre for the Study of the South African Economy, at LSE, all at the age of 28. For the last 22 years, Professor Ncube has devoted much time to capacity development and economic research on the African continent through the African Economic Research Consortium (AERC), which has produced 2,200 economists in Africa at Masters and Ph.D levels. He is now Chairman of the Board of AERC. He has published 10 books and numerous papers and articles in the area of economics and political economy and finance, and received numerous awards. 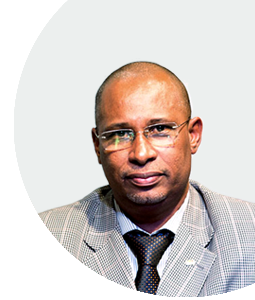 His Excellency Rui Duarte Barros was Prime Minister of the Republic of Guinea-Bissau from 2014-2016. Before that he was Commissioner at the West African Economic and Monetary Union (UEMOA), Ouagadougou, Burkina Faso (2003-2011), after holding a number of high-level positions in the Government of Guinea-Bissau, including Minister of Economy and Finance and Minister of Civil Services and Public Administration.

Mr. Barros is a computer scientist, with various qualifications from the Old Dominion University, Norfolk, Virginia; USA (1994), Universidade Nova de Lisboa (UNINOVA), Lisbon, Portugal (1990); and the Instituto Superior Politécnico José António Echeverria (ISPJAE/CUJAE), Havana, Cuba (1984). He has taken many courses in public finance and has an honorary doctorate degree from the Arts, Sciences & Technology University of Lebanon (2013). He is fluent in Portuguese, Spanish, English and French. 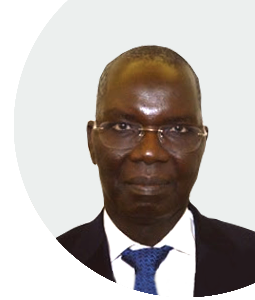 Minister, Central Bank Governor and CEO of the International Mining and Infrastructure Corporation

Mr. Ousman Kane was CEO of the International Mining and Infrastructure Corporation (IMIC) Plc from January 2013 to July 2014 and Vice President of African Iron Ore Group (shareholder in IMIC) from June 2010 to January 2013 (both in London). Before that he had served in his home country of Mauritania as Minister of Finance, Managing Director of SNIM (the 6th largest iron ore exporter in the world); Governor of the Central Bank; and Advisor on Public and Private Investments at the Presidency.

Mr. Kane’s international career also includes six years of service at the African Development Bank (AfDB) in Abidjan, Cote d’Ivoire (Ivory Coast) and Tunis, Tunisia, where he concluded his career as Vice President for Institutional Services. Mr. Kane has been trained as a Mining Engineer at the Ecole Nationale Superieure des Mines de Sant-Etienne (France) and the Ecole Polytechnique, Palaiseau (France). He is fluent in English and French.